Carolyn Gordon, 46, has leveraged gaming strategies to help her 5,000 employees learn what’s in their benefits package. The Fujifilm director of benefits says she’s seen the company transform over the last two decades, which brought in a younger workforce and new challenges. Gordon — who was named a 2017 recipient of our Benefits Technology Innovator Award — spoke to Employee Benefit News about how the film company has utilized different technologies to keep her employees up-to-date on the latest benefit offerings.

You’ve been with Fujifilm for nearly 20 years and saw your industry decline rapidly. How have industry changes affected your job?

We’ve had a lot of acquisitions and diversification of our company, and that directly impacted the type of employee we have. When we kind of started all of this, our lack of experience was really getting out of control. We have an aging population, but then we had a newer population. We were really trying to find ways to communicate with people and make it simple.

For the past five years, Fujifilm has leveraged an HR technology company’s employee communication platform to help with engagement. In what ways do you use that platform to communicate with employees?

Basically, we create content with a picture and a small question — a tile. If you do all the tiles, you get a prize for it at the end of the quarter. We kind of joke about it; they’re never extravagant. It could be a cup or a towel, but it creates a demand. The technology behind it: It’s basically a game but it takes about two minutes. We usually do about five tiles so we try to make them simple. Usually, we have whatever we’re trying to communicate.

Say we’re trying to get you to go for your preventative care visit. The first one might just be, “When was the last time you went?” The next one would be, “Did you know we have $100 of incentives that’s free and goes toward your health savings account?” The third one might link to an article about it. We try to use the platform to link back to whatever kind of communication we’re doing so people can engage that way as well. Last month was nutrition month, so we had nutrition webinars. We try to use the tiles to push people to what we’re trying to do.

The rudimentary of the tiles, which Willis Towers Watson helps create, is to get that basic information to them so they know, “Oh, we have a nutrition app now.” We really use it as an easy tool and people kind of expect it now; every other Monday people get tiles. They know it only takes them five minutes, they know they need to do it, and they know if they miss it they have to do them all to get the prize. Even if it’s after the fact and we record everything we do, it’s still accessible. It’s been a great tool because it also embeds all the other broader communications or things that we’re trying to do. Everything we do we try to make sure has an app or you could do it on your iPad because if you can’t do that you lose half your population; it doesn’t matter how old they are.

Before, traditionally, we just had some print communications from the vendors and we would hold some lunch-and-learns. Open enrollment was like anything else that happened and no one talked to us in between. It was very transactional – very cookie-cutter to what needed to be provided. We did a newsletter once a month; it was standard communications. As we started to look at our experience and what was happening with our claims and the fact that people weren’t engaged, we really realized that we needed to do something more holistic and year-round. We have our own microsite that we also feed to. We really tried to make this a way where everyone can access it. You don’t need to log into it to look at the microsite – it’s public. We really tried to evolve in that sense where we were just doing what was convenient for us, once a year and getting what they need to have but not a lot of communication or giving people a way to understand what we were doing or why we were doing it.

We still do print and we still do email communication, but our biggest participation is with our technology platform and that’s the most effective. Eighty-eight percent of Fujifilm employees have participated there, with 80% on average participating each quarter.

Are you targeting which communications you send to employees based on age or another demographic?

We really look at segmenting. Middle-aged women in their late 40s/early 50s actually play the game more than some of the younger people. We’re still trying to figure out the segmenting and what works. We still do broad base communications in different ways to everyone. Some of the characteristics we see are similar even though the age gap is there. We try to offer different kinds of mediums.

We do see with the millennials that we have to have more conversations with them because they’re not as familiar with the workforce and the way some of these programs work and what they do. Sometimes having that conversation and then having the media, like the app or the game, they get it much easier. They pick it up much quicker. They also need to understand a little bit more because they don’t understand about retirement; they’re more transient. My generation, you work somewhere forever. That’s not in their scope. They think they’ll stay somewhere for five years at the most. We try to gear the communications in that way so it’s something that appeals to them. With our company, we kind of get that you probably won’t be here forever, but these are good lessons for you to carry with you about saving for when you are older or building up your HSA.

We target it a little bit different in that way, but the media sometimes transcends it because they’re all a little different. We’re trying to do a lot more with social responsibility, community and some of those things might not be as important to the older generation. Not that they don’t do them, but not as a focus. We try to build that into our benefits program that we offer different incentives and things like that for volunteering and aligning with some organizations.

What is the biggest challenge with benefits communication?

The biggest thing that we’re struggling with right now is how do we get you as the employee to remember what you have or know where to call to access those things, whether you’re sick or you need the EAP or you need something for financial planning. It’s getting people to remember or to have a sense to know what’s accessible when they really need it.

Do you have any tips for other companies looking to improve their benefits communications?

I think we’ve been really successful with trying to really look at our population and see where segmenting works and try to understand the psychology behind it — knowing what kind of people they are because we have a bunch of different professions, ranging from manufacturing to sales people to scientists, engineers; people learn and access information differently. I think you have to know what your employees look like and how they access information, and then make sure that your communications are geared toward that or have that broad enough to know that you’re reaching different people in different ways. Nobody learns the same way, and nobody does things the same way. If you want them to participate, you have to make it easy for them because to them they’re focused on their job and this is an extra thing. We try to make it fun and we try to make it interesting and relevant to them. You have to know your audience, just like anything else.

It’s not just about open enrollment. It’s about all the things that lead up to it. We have a pretty comprehensive communication plan. I try to hit all mediums. Different people learn in different ways, and we try to adapt to that. We’re trying to meet people where they are.

This article was written by Amanda Eisenberg from Employee Benefit News and was legally licensed through the NewsCred publisher network. Please direct all licensing questions to legal@newscred.com. 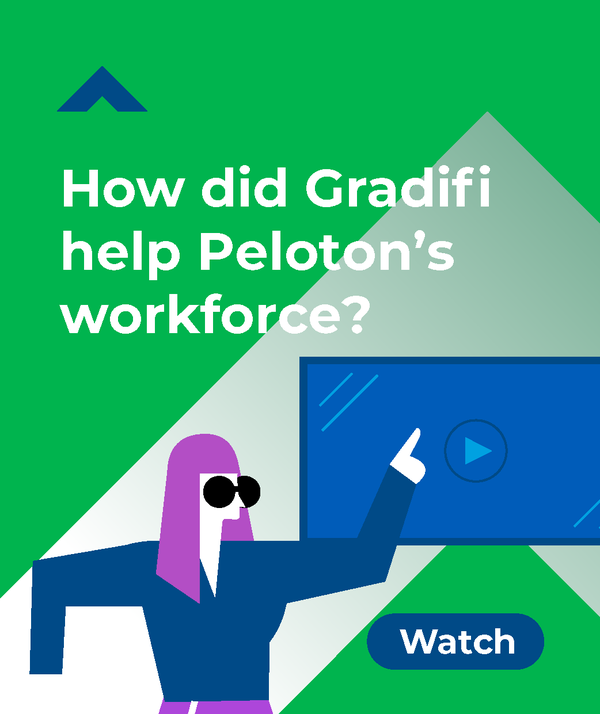 A Vision for the Digital Workplace of 2020